Is This the Guaranteed Way to Wealth?

Last week I promised to reveal the whole truth about how EVG co-founder Mike Dillard learned the skills to make his first million dollars.

And I hinted that it involved sneaking into skyscrapers and almost getting fired for outsmarting his boss.

It's an exciting story with a fantastic ending, but before I tell it, I first have to bring you back to a much sadder place.

Before Mike made his millions, he was a young 20-something living in a tiny, empty one-bedroom apartment. 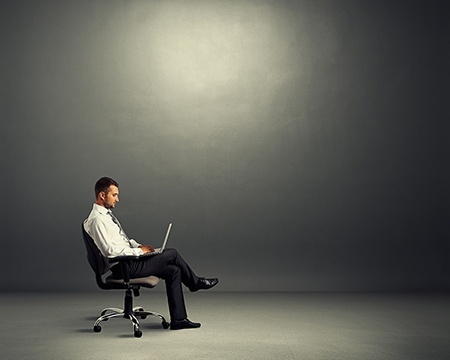 The only furniture was a chair placed in the middle of the room, a few feet in front of the TV.

Money was obviously tight. Once, Mike was even forced to sell the mountain bike he rode to win two high-school state championships just to pay the rent.

“Born to Be Rich”

Despite his humble circumstances, Mike still believed he was born to be rich.

But he knew that if he was going to be wealthy one day, he needed to transform himself into someone who could create wealth.

He needed more knowledge. He needed new skills. Essentially, he needed to invest in himself.

For example, Mike was incredibly shy and hated making conversation with strangers, even if it was just over the phone. But he knew this was a skill he needed to be successful.

So what did he do?

He faced the fear head on and applied for a telemarketing job. They sat him down with a phone book and told him to start cold-calling strangers for 8 hours straight.

Day one was incredibly hard, but by day three the fear of selling on the phone was gone.

Mike had gained a new skill.

But he was still hesitant to talk to strangers face to face.

So what did he do?

You guessed it. He got a job selling face to face… with a twist.

Mike's Boss Wanted Him
to Sneak Past Security

At this job, Mike was to enter the bottom floor of a skyscraper, pretend to be on the phone, and walk right past security hoping they wouldn't notice.

If it worked, he'd hop on an elevator, head to the top floor and start knocking on office doors. As soon as someone answered, he'd start his sales pitch.

This put Mike completely out of his comfort level.

Some of his prospects were nice, some slammed the door in his face.

And it was usually the door slammers who called security.

One day after being asked to leave, Mike thought to himself on the elevator ride down, “There has to be a better way.”

And he was right. In fact, when he finally discovered this “better way,” it made the entire experience worth it because it led to making his first million dollars.

The Power of Leverage

Let's take a timeout from the story real quick…

Last week we told you that fast food workers aren't able to take advantage of leverage.

And actually, that's a problem for highly paid professions, too.

Take brain surgeons, for example. Few people have the knowledge and skills for their job, so they're in high demand and make good money.

But because they can only work on one patient at a time, their income is limited. They'll never make as much as a business owner who can take advantage of leverage.

Well, Mike didn't know it yet, but he was about to discover this concept first hand.

As Mike was being escorted out of yet another building, he felt disgusted. He hated sneaking past security and bothering people while they were trying to work.

Why couldn't he just leave them a voicemail or write them a letter instead.

Maybe that WAS the answer.

He started researching how to reach people without knocking on their door, and soon found direct response marketing. Or more specifically, copywriting.

Copywriting is essentially “salesmanship in print.”

Instead of talking face to face, which limits you to how many office doors you can knock on before security is called, copywriting allows you to write one letter one time and send it out over and over again.

Mike decided to buy a few copywriting books and give this method a try.

After just a few weeks, he wrote a letter and began sending it to offices instead of knocking on their doors.

And it worked! Sending letters in the mail was actually more effective than sneaking past security and selling in person.

But when Mike took his new technique to his boss, he was almost fired for changing the system.

His boss insisted he keep sneaking into skyscrapers, so Mike finally quit and started waiting tables instead.

That's When It Happened…

Mike continued to face his shyness by waiting tables, and he practiced copywriting on the side.

One night after his shift was over, he surprised his boss by announcing he was done.

He quit and decided to spend his last night there as a customer. Mike sat down, ordered a beer and chatted with his now former co-workers.

He told them his plan to start a business, and they told him to keep his work uniform.

And they were right, a little more than a year later Mike came back in his brand new Aston Martin and ordered another drink.

It had taken about 18 months, but Mike's new business had made him a millionaire at the age of 27.

Learning new skills had been all the difference.

For Mike, it was copywriting.

For Robert Hirsch, the other co-founder of EVG, the skill was consulting.

The skill could also be marketing, management, deal-making or any other entrepreneurial skill.

It all depends on your unique personality.

But whatever the skill is, The Elevation Group is here to help you nurture it and turn it into generational wealth.

And ultimately, we believe any type of investing starts with investing in yourself.

If you agree, consider subscribing to our updates below or watching our free presentation here.

You can also download a free copy of Think and Grow Rich right here.

And stay tuned… we have more valuable resources to help you invest in yourself coming very soon, like our free guide on how to find a million dollar business idea in 10 minutes or less.

Dapoxetine natural source. Submitted by admin on January 27, If you require growing at this damage, stop it now. Just get in there, do it, and never, never. Dapoxetine Shipping.

Why You’re Only 1 Skill Away From Financial Freedom

How to PREDICT your future wealth…