Imagine this scenario for a moment.

Just as you’re finishing a steaming cup of coffee, and entertaining having another, you realize that if you don’t switch into some warm clothes soon you’ll be late to your grandson’s soccer game.

But as you head for the bedroom to change, the phone rings. It’s your daughter. She’s watching the youngsters warm up and sounds panicked. 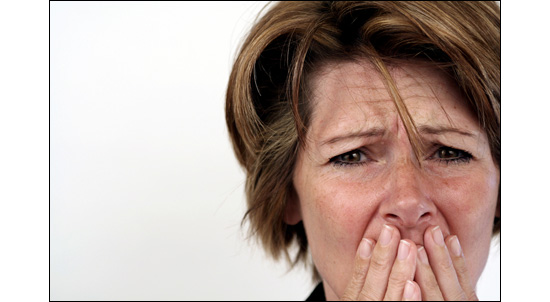 Apparently she’s been talking to other soccer moms, and the big news is that the government has just declared a “banking holiday” until further notice.

In the meantime, no one can access their savings. And rumor has it they’re going to levy a mandatory 10% tax on all checking and savings accounts.

Your daughter has worked so hard to save. And now you sense the worry in her voice as she asks: “Is it true? Can they really do this?”

EVG Research Team here with the hard facts you need to know.

(Note: If you’re worried about the future, The Elevation Group can help you find financial freedom right here)

It Almost Happened in Cyprus,
Could it Happen Where You Live Too?

The story above was fiction, but it almost happened in the Eurozone just last month.

For nearly 2 weeks, Cyprus citizens were banned from fully accessing their bank accounts and told a portion of their savings would be confiscated to help pay for bank bailouts.

Ultimately, public outrage saved the middle class from this travesty.

Instead, bank shareholders, bondholders and rich depositors will feel most of the pain, with accounts of 100,000 euros or more set to take a 60% loss.

Now the question is, who is next? Could it happen in your country, too?

And is it time to start worrying about your bank deposits?

If your government is on the verge of bankruptcy, then…

…More Than Likely the Answer is Yes.

In the United States, there’s already precedent for closing banks and confiscating wealth.

A bill rushed through Congress during the Great Depression gave the president power to stop all bank activity across the nation at a moment’s notice.

This “Bank Holiday” law is still on the books. And in the very same bill, the US Congress demanded all citizens turn over their gold bars and coins to authorities.

So as history shows, wealth confiscation is a real threat.

But at this point, it’s time to stop worrying if it could happen here. Because the truth is…

Shutting down banks and siphoning cash from every account is a blunt force technique that doesn’t go unnoticed. Everyone can imagine the pain of losing 10% of their savings overnight.

But there’s a sneak attack, where they still take 10% of your savings without anyone noticing, that’s happening right now – and it’s not getting the attention it deserves.

Inflation means it takes more dollars to buy the same amount of goods. And not because the goods increased in value, but because the dollar fell in value.

The end result is a loss in purchasing power and less wealth than you had before.

Yes, inflation can steal wealth from your bank account just as easily as a government mandated tax.

But is there inflation today?

Absolutely. The Federal Reserve is “printing” $85 billion per month, diluting the value of every dollar in existence.

Yet if you listen to the government sell it, we’re currently “enjoying” a healthy dose of inflation ‒ around 2% annually.

Here’s what they’re not telling you…

And if we were still using the methods they used to calculate inflation at the time, then inflation would accurately be reported as 9.6% today. Just a few hairs shy of the 10% wealth- confiscating tax in Cyprus.

Through some trickery, they’ve found a way to make the inflation number read 2%. But the end result is the same, your bank account is shrinking with every dollar they print.

Protect Yourself From Bailouts,
Bank Holidays and Bankrupt Governments

Protecting your wealth from inflation and excessive taxation is no easy task.

That’s why Mike Dillard, founder of The Elevation Group, has spent years uncovering the investing secrets used by the rich to profit in good times and bad, and is now teaching these little-known, yet extremely lucrative strategies to people just like you, all over the world.

To find out more about these little known investment strategies and become an EVG member, watch this free presentation now:

Which Bank Do the Rich Trust to Survive the Next Collapse?