Unless of course you adjust for inflation. Then the highest grossing movie of all time is 1939’s “Gone with the Wind,” hauling in $3.3 billion in today’s dollars.

EVG Research Team here to let you know what a difference adjusting for inflation can make.

If you listen to the media spin it, the stock market is at record highs and climbing. 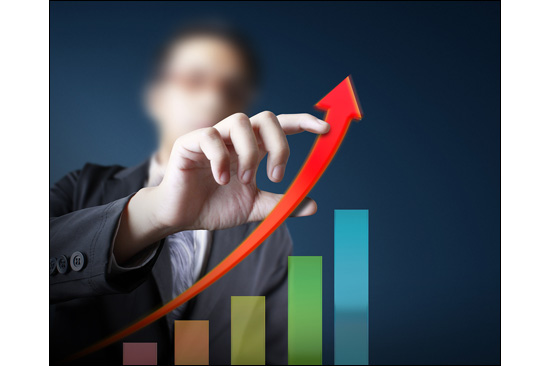 And it’s true, the Dow Jones Industrial Average is near its all time closing high of 14,539.

But if you adjust for inflation, the Dow still has some track left to run before it sets a real record.

And if you compare how much the price of the Dow ($14,452) can buy you in physical goods, the truth really starts to come out.

The Dow is NOT at record highs compared to the cost of gasoline, beef, bananas, a typical breakfast, gold, silver or just about anything else.

All of these staples cost more because of inflation. The same inflation that boosted the stock market.

So what we want to know is…

What’s All the Excitement About?

Even if you forget about inflation, the Dow is only up 2.5% since the downturn began.

Meanwhile, a major piece of The Elevation Group strategy has been buying gold and silver.

Gold is up 122% and silver is up 121% in the same time that the Dow dropped in half and clawed its way back to even.

And if we priced the Dow in gold, which many monetary experts consider “real money,” the Dow is actually DOWN more than 50%.

We don’t mean to tell the media how to do their job, but there’s your big story.

The stock market is not at record highs. Instead, the Fed has simply inflated its way to higher territory, and the media has tried to sell it as a recovery.

The debt was a measly 38% of GDP. Yet today, it’s a staggering 74.2% of GDP. That’s dangerously close to Euro-crisis levels.

And that’s just the beginning.

Consumer confidence is also down 30%, the nation’s credit rating was downgraded, and the national deficit has exploded by a factor of TEN.

All in just 5 short years!

The average guy on the street who’s not a professional number cruncher may think this looks like a recovery.

But those who pay attention know it’s a whole different story.

In fact, Veteran hedge fund manager Stanley Druckenmiller, the 149th richest man in America, just said so in an interview with Reuters.

Even the carnival barkers pushing stocks don’t disagree… yet shockingly still encourage people to buy into the rally. Here’s what Jim Cramer of CNBC’s “Mad Money” said on live TV in response to Druckenmiller:

“If you want to go there, … a Weimar scenario, where we're all going around with money in wheelbarrows, that's fine. But in the interim, do you mind if we try to make a little money in Kellogg?”

Notice he didn’t deny that the economy is on the verge of walking off a cliff. He just told people to buy anyway and hope you don’t get caught holding the bag.

In other words, just hope you sell before everyone else.

That’s not a strategy to us.

At The Elevation Group, we stopped letting the media tell us how to invest long, long ago.

Instead our founder, Mike Dillard, flew around the world to meet with the ultra-rich and their wealthy financial advisers. He got them to disclose, on live video, how they’re investing in today’s strange economy.

One of the first things he discovered was how to escape the Federal Reserve’s wealth destroying money-printing and earn a return no matter how much money they print.

To learn more about these contrarian investment strategies of the ultra-rich, you can Click Here to Watch the Free Presentation

3 Ways to Lock in Your Stock Market Profits…